Robert Zuccaro, upon his elevation to portfolio manager of the Axe Houghton Stock Fund in 1978, was an early pioneer in applying quantitative disciplines in stock selection. He gravitated toward a quant process given the inherent shortcomings in fundamental decision-making. Thus, investing on facts won out over investing on opinions.

Target QR Strategies was formed by Robert in 2013 to formalize his research and manage family assets. He now manages an aggressive growth equity strategy relying on quantitative disciplines developed over forty years and through 1,000 studies. 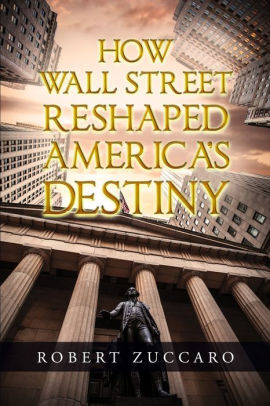 Author of
"How Wall Street Reshaped
America's Destiny"
RRobert Zuccaro traces the history of the stock market and its economic and cultural impact on the United States.
More Info >>
Marc Zuccaro
Managing Principal

Marc Zuccaro is currently responsible for business management of the Adviser, including business development, trading and business administration. He also assists the CIO with research and acts as backup for modeling and portfolio construction.

Prior to joining the Adviser, Marc managed electronic trading businesses for investment banks around the globe. He has served as Managing Director at RBC Capital Markets in London, where he led the EMEA electronic trading unit during the bank’s post-recession European expansion.

During 2001-2008, Marc held senior product and management roles in the equities business of Lehman Brothers in London, Tokyo and New York. He began his career with PaineWebber/UBS.

Marc graduated from Bates College with a B.S. in Economics/Political Science. He currently holds Series 65 and has previously been registered Series 7, 63, and JSDA (Japan) Class 1.